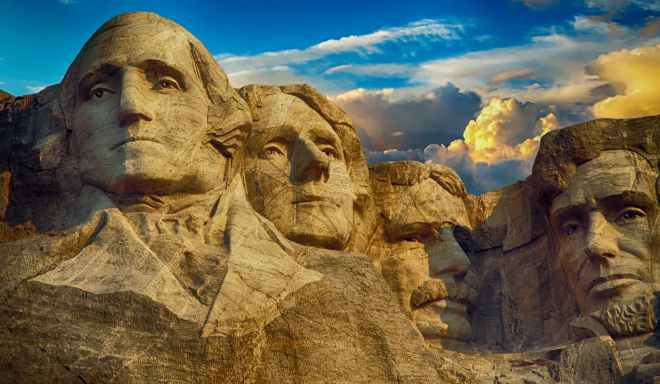 Until Trump got to office, the 25th Amendment was an obscure part of the Constitution that unless you went to law school you likely didn’t even know was there.  Generally, it helps clarify the rules of succession to the presidency, including covering how to handle vacancies for the Vice President.

Usually, it is only contemplated as a contingency, in case something goes wrong during a surgery of a President.  With Trump though, it has been discussed pretty regularly from day one. With news this last weekend that Deputy Attorney General Rod Rosenstein, who oversees the Special Prosecutor Robert Mueller’s investigation, openly and seriously discussed it in reference to Trump, it is no longer just the realm of possible.  So let’s talk about it.

Enacted in 1965, it was originally offered in 1960 by the American Bar Association to help clarify rules of succession.  During the Cold War, much was made about who had authority to make decisions in the event of a chaotic crisis.  After Kennedy’s assassination, there was motivation to help put these rules into the Constitution as solid, reliable rules.

The first section is pretty straightforward, or so you would think:

Section 1. In case of the removal of the President from office or of his death or resignation, the Vice President shall become President.

Seems pretty obvious now, but it wasn’t always so.  In 1841, William Henry Harrison became the first US president to die in office (only 30 days after his inauguration). It had previously been suggested that the Vice President should become “Acting President” upon the death of the president, but Vice President John Tyler asserted that he had succeeded to the presidency, much like a prince, instead of merely assuming its powers and duties; he also declined to acknowledge documents referring to him as “Acting President”. After taking the oath of office, he moved into the White House and assumed full presidential powers. Both houses of Congress adopted a resolution confirming that he was President (though they derided him as “his accidency”). This served as precedent for every other VP succeeding to the Presidency.  The 25th Amendment just legitimized it.

Section 2. Whenever there is a vacancy in the office of the Vice President, the President shall nominate a Vice President who shall take office upon confirmation by a majority vote of both Houses of Congress.

This section has been invoked twice since ratification, both due to Richard Nixon.  First, it covered the vacancy of Spiro Agnew, who resigned due to tax and corruption charges.  Nixon appointed Gerald Ford, who breezed through confirmation.  Upon Nixon’s resignation, Ford became President, leaving a vacant VP spot.  He nominated Nelson Rockefeller, who was approved by Congress and our national nightmare was over.  Prior to this though, it was not uncommon for the VP position to go unfilled until the next election.

Section 3 has been invoked a number of times, particularly when a President has surgery and is under anesthesia.  In this case, they essentially invoke the 25th Amendment as a “Temporary Presidency” for the VP.

The first time it was invoked was in the ’80’s and nobody knew exactly how to utilize it. On July 12, 1985, President Ronald Reagan underwent a colonoscopy, during which a pre-cancerous lesion was discovered. He consulted White House counsel Fred Fielding about whether to invoke Section 3, and in particular about whether doing so would set an undesirable precedent. Fielding and White House Chief of Staff Donald Regan recommended that Reagan transfer power, and two letters were drafted: one specifically invoking Section 3, the other mentioning only that Reagan was mindful of its provisions. On July 13, Reagan signed the second letter, and Vice President George H.W. Bush was Acting President from 11:28 a.m. until 7:22 p.m., when Reagan transmitted a followup letter declaring himself able to resume his duties.

Twice under President George W. Bush it was invoked related to colonoscopies.  As a result, Dick Cheney was “Acting President” on both occasions.

Which brings us to Section 4.  This is the one most people are referencing in relation to Donald Trump.  This relates to a hostile taking of power from the President due to incapacity or inability to fulfill the duties of the job.  It’s provisions also have a historical precedent that precipitated it’s inclusion into the Amendment.  First, the text:

Let’s stop there for a second.  The provision is basically outlining procedures for initiating removal of the President from office.  Note that just by initiating this, the VP assumes the role of “Acting President.”

So a VP initiates removal of the President and assumes the role of Acting President.  At that point, the President can provide a written declaration to both houses of Congress that no inability exists. At this point, the VP and a majority of the cabinet (eight of the fifteen cabinet positions) have four days to contest to Congress that the President is unable to do the job.  Essentially, this part outlines the provisions of a “legal coup d’etat” of sorts.

Thereupon Congress shall decide the issue, assembling within forty-eight hours for that purpose if not in session. If the Congress, within twenty-one days after receipt of the latter written declaration, or, if Congress is not in session, within twenty-one days after Congress is required to assemble, determines by two-thirds vote of both Houses that the President is unable to discharge the powers and duties of his office, the Vice President shall continue to discharge the same as Acting President; otherwise, the President shall resume the powers and duties of his office.

This last part outlines the timeline and procedure.  Upon receipt of the letter from the VP, Congress has 21 days (or 23 if it is not in session), to vote on removal of powers from the President and requires a 2/3 vote in both Houses.  Note, that unlike with impeachment, this is a steeper hill to climb; impeachment only requires a majority vote in the House of Representatives, but must be done due to “treason or high crimes or misdemeanors.”

This provision remains the only part of the 25th Amendment NOT invoked.  However, as mentioned earlier, there is a historical reason they considered this.  When Woodrow Wilson had a stroke in 1919, no one officially assumed his powers and duties, in part because his condition was kept secret by his wife, Edith Wilson, and White House physician Cary T. Grayson.  They did not want V.P. Thomas Marshall undoing much of Wilson’s legacy, so they required any correspondence to go through Mrs. Wilson, thus preventing succession.  By the time Wilson’s condition became public knowledge, only a few months remained in his term and Congressional leaders were disinclined to press the issue.  Wilson, having done nothing wrong could not be impeached, but there was no way to force the issue of his removal. In this case, the 25th Amendment provides a proactive remedy for affirmatively removing the President from office.

Have an idea for us?  Is there something you want us to explain?  Leave a comment or contact us!