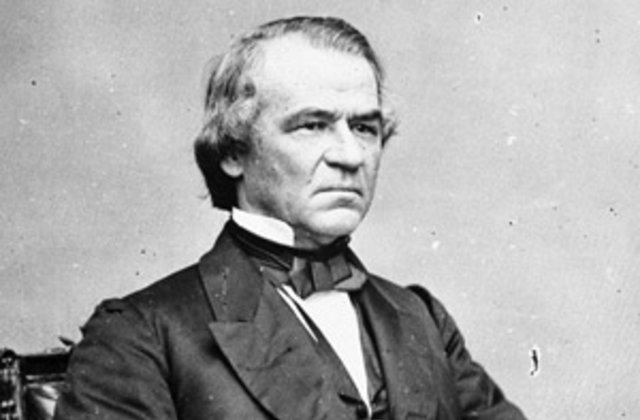 The term “impeachment” gets thrown around a lot, usually by the party out of power.  In fact, an article of impeachment has been offered in Congress by a member for every President going back to Gerald Ford, who became President under the shadow of impeachment.  Nonetheless, it is so rarely used that you are more likely to see a President assassinated (four) than you will see one impeached (two, three if you count Nixon who quit rather than face it).

Historically, our founding fathers genuinely feared executive power.  They collectively thought that placing the power of government into a sole position without a means to remove them if needed would immediately lead to tyranny.  Alexander Hamilton, was particularly adamant about it, in Federalist 65; however, he also lamented that having a political body be the instrument of impeachment (he dismisses the Supreme Court as too small and unaccountable, and another institution as too expensive and unnecessary) could lead to politically motivated debacles.  The result of the Constitutional Convention was to make it inherently difficult to do, but not impossible, and the somewhat clumsy political instrument we have today.

Impeachment in the Constitution

Art. II, Sec.IV of the Constitution discusses the removal of federal officers:

The President, Vice President and all civil Officers of the United States, shall be removed from Office on Impeachment for, and Conviction of, Treason, Bribery, or other high Crimes and Misdemeanors.

So, this clause lays the groundwork by describing who (the President, VP and cabinet officers), what (for conviction of Treason, Bribery or other high Crimes and Misdemeanors) and how (Impeachment) one may be removed from office.

The House of Representatives shall …have the sole Power of Impeachment.

The Senate shall have the sole Power to try all Impeachments. When sitting for that Purpose, they shall be on Oath or Affirmation. When the President of the United States is tried, the Chief Justice shall preside: And no Person shall be convicted without the Concurrence of two thirds of the Members present.

The main thing here is that you need 2/3 of the Senate to convict for Impeachment.  Because of a lack of a distinction in the House clause, it had been interpreted that only a majority is needed to thus bring impeachment in the House.  This is in contrast to the now enacted 25th Amendment that requires 2/3 of BOTH houses of Congress to remove a President from power.

As a more practical matter, what is usually done is that either or member of the House, or a person authorized to find impeachable offenses (such as a special prosecutor), brings an impeachment resolution to the floor.  It is then delegated to the particular committee related to the particular issue, and if approved as an Article of Impeachment, comes back to the House floor for debate and a vote.  If a majority of the House approves, it is sent to the Senate for trial.

Only twice in the history of the United States have Articles of Impeachment been sent to the Senate; in the 1860’s in regard to Andrew Johnson violating the “Tenure in Office Act” and in the 1990’s in regard to Bill Clinton’s less than honesty under oath in a deposition regarding Monica Lewinsky.

Once in the Senate, the proceedings are like a trial, with the ability to call witnesses, depose parties, and cross examine.  The Chief Justice of the Supreme Court presides over the Impeachment.  Upon a vote of 2/3 of the Senate (67 Senators) to convict, the official is removed from office and barred from holding future offices.

In both Presidential impeachments, neither received the amount of votes needing to convict, and in Johnson’s case, he survived by a single vote (the Senator is profiled in John Kennedy’s “Profiles in Courage” for his vote).

In regard to impeachments generally, actual impeachments of 19 federal officers have taken place. Of these, 15 were federal judges: thirteen district court judges, one court of appeals judge, and one Supreme Court Associate Justice (Samuel Chase). Of the other four, two were Presidents, one was a Cabinet secretary, and one was a U.S. Senator. Of the 19 impeached officials, only eight were convicted.

Impeachment as a political weapon

As much as it is always discussed as a check on power, it’s mostly considered a purely political weapon.  Even though technically it can only be used for “treason, bribery and high crimes and misdemeanors,” that last part is pretty ambiguous.  What exactly is a misdemeanor applicable to impeachment?  The answer is, “Whatever Congress says it is.” And that has led to some pretty partisan use of the tool.

Take Johnson for instance and consider how he became President.  Lincoln chose him for a “unity ticket” since he was the only Democrat from Tennessee, a border state that stayed in the Union.  Lincoln won the war, and a week after Lee’s surrender was assassinated, leaving a member from the opposition party in charge of the country. Worse yet, the Republicans who were now ready to enjoy the spoils of victory were furious at the prospect of being shut out of key administrative posts.  So they drew up and passed the “Tenure of Office Act” to prevent Johnson from firing them.  When he fired Secretary of War Edwin Stanton (who many thought should have been Lincoln’s Vice President and was an ardent supporter of making the South suffer following the war), angry Republicans in Congress had all they needed to bring charges.  That a single vote saved him kept him in power and set up Reconstruction of the South rather than a more dominant role by Washington over the South.

Or Clinton’s case.  Clinton had won with a plurality of the vote due to Ross Perot’s third party bid, and after 12 years of Republican rule, the GOP was enraged.  In 1994, Newt Gingrich shepherded a takeover of both Houses of Congress for the first time in over 40 years.  Many of these new Congressmen were very conservative and fueled by the onset of 24/7 cable news, appealing to a more conservative base audience.  Republican donor Richard Mellon Scaife financed many investigations into Clinton, including one about a real estate investment that lost money called “Whitewater.”  A special prosecutor was appointed, and numerous other “scandals” were rolled into it, including one regarding a sexual harassment claim by Paula Jones, and another about an ongoing affair Clinton was having with a former intern, Monica Lewinsky.  What either of these had to do with governing the country or the initial Whitewater investigation is anyone’s guess, but when Clinton essentially lied under oath regarding Lewinsky, GOP representatives had all they needed to bring an impeachment charge.  Nobody would refer to either of these situations as a “high crime” but in both cases, Congress saw enough to label them “misdemeanors worthy of impeachment.”

The only case where you could argue it worked was in regard to Nixon.  So much Nixon had done wrong in how he handled the ongoing Watergate scandal, that by the time the Supreme Court unanimously told him he had to provide the tapes where he was discussing Watergate, that there was a 16 1/2 minute gap on one of the tapes and that more stories were coming out daily about illegal actions taken by his re-election campaign, his approval numbers were in the toilet and it was only a matter of time before he was impeached.  On the eve of the House vote, Senator Barry Goldwater and other GOP senators went to the White House to tell him that he would lose a vote if the Impeachment Vote passed, leading to Nixon’s resignation.

You should probably get this out of your head right now.  While it is true democrats seem likely to get a majority in the House come the 2018 midterm election, it is actually mathematically impossible for them given the number of seats available to win enough votes to get to 67 votes in the Senate, meaning that they would need Republican votes to impeach Donald Trump.

Since the institutions are extremely tribal in their partisanship these days, that just is not going to happen barring some truly monumental event that forces even Republican senators to say he went too far.

So plan on President Trump until at least 2020.

If you have any suggestions for future explainer columns, please feel free to offer in the comments or write us at teampurplemn@gmail.com.